Mentors in the News 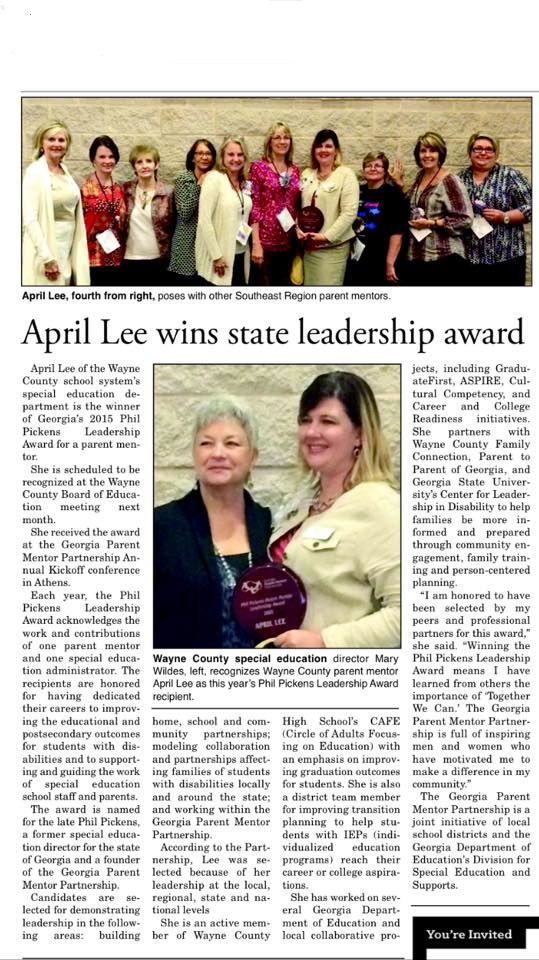 April Lee, Wayne County Parent Mentor was honored as the winner of this year’s Phil Pickens award, and her local newspaper, The Press Sentinel, an opportunity to read all about it: