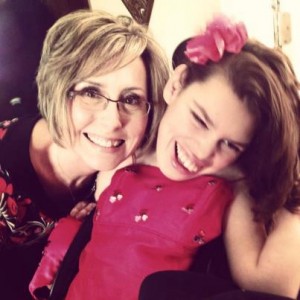 Sometimes the actions of one parent can help a whole population of children.  This is certainly true for Pam Moore., a parent mentor from Madison County.  Ms. Moore , one the Partnership’s original parent mentors, became a diligent advocate for Medicaid policy reform in Georgia after she experienced difficulty accessing medical services needed for her daughter, Callie, who is now a teendager.  After several attempts by Medicaid to reduce Callie’s nursing services, Ms. Moore partnered with attorneys from the Georgia Advocacy Office to file a lawsuit against the Department of Community Health, the state agency responsible for managing Medicaid in Georgia.  At the core of the lawsuit was the requirements  of the Early and Periodic Screening Diagnosis and Treatment (EPSDT).

Ms. Moore and her attorneys fought Medicaid for over seven years, and in April 2012, they received a favorable decision relating to the most recent hearing before the Honorable Judge Thomas Thrash, serving the U.S. District Court for the Northern District of Georgia.  This decision will not only benefit Callie, but it sets a precedent for other children and young adults like Callie who need a range of medical services.

Pam Moore has worked hard to give Callie every opportunity to participate in inclusive settings both in her high school, church and around the small community in which they live.  Ms. Moore said, “Callie deserves to have a real life, just like any other teenager. Her medical problems prevent her from doing some things, but our motto is There’s always a way!.”