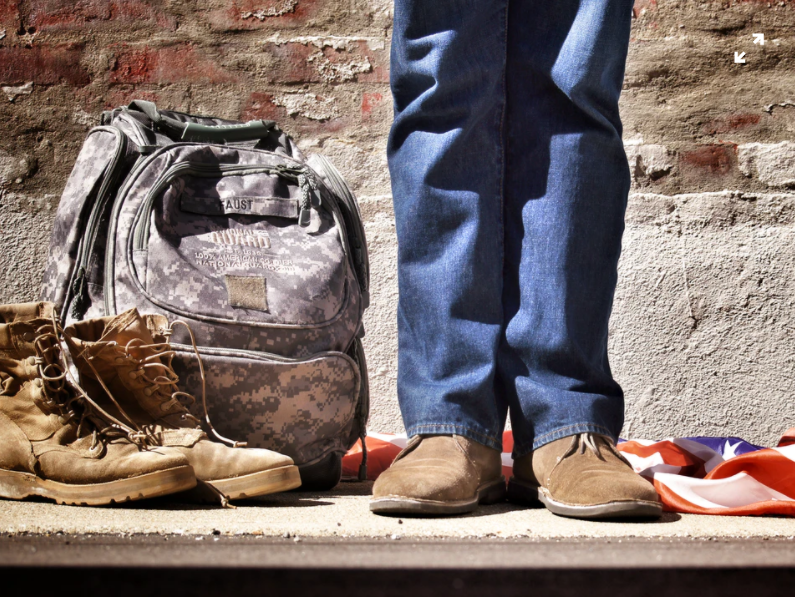 In observance of Veterans Day 2020 we are recognizing the veterans in our parent mentor families.

Jared Callaway works for families on the home front now

We are also featuring one of our new mentors, Jared Callaway of Barrow County, who served in the US Army for over 15 years with deployments in Iraq and Afghanistan.

It is important for you to know that every parent mentor must have a child who has received special education services. Liam is in the self contained classroom with Jenny Davila and he also receives OT, speech and participates in inclusive activities through his connection’s classes. Stella has an IEP as well with consultation only. So, I have kids with two very different IEPs.

I believe in public education and the importance of community support and grassroots advocacy. I also strongly believe that when parents are actively involved in their child’s education children do better in school and life beyond school.

Q: Tell us a little about you

A: I am just a dad and husband that wants to find ways of giving back and helping others. I am so thankful for the opportunity to be a Parent Mentor and look forward to helping the students and families in my community in every way that I can.

Q: What kinds of assistance can military families count on to help them with getting services for their child or children with disabilities?

A: While on Active Duty service members should enroll in the Exceptional Family Member Program (EFMP) this protects them from unnecessary moves that allow them to give their child the stability needed for growth. Also TriCare offers extended health care options in the ECHO program. This allows for families to utilize early intervention and covers all therapies needed for the child’s plan.

Q: I only know of one agency that assists families – STOMP. Do you know of any other resources you could recommend?

A: I recommend Military One Source for service members as this is often times a one stop shop that covers everything.

Q: What can school districts and, parent mentors in particular, do to assist families of children with disabilities who have active service members in the family?

A: School districts and parent mentors can assist military families by understanding EFMP and the Tricare ECHO benefits available to soldiers. It is important to understand all of these aspects because the IEP can be used to support staying in place and not PCSing.

Helpful information for military families is also available on the Georgia Department of Education website.

Editor’s Note: This is by no means meant to be a complete list. It is a compilation of voluntary submissions of names by GaPMP participants.